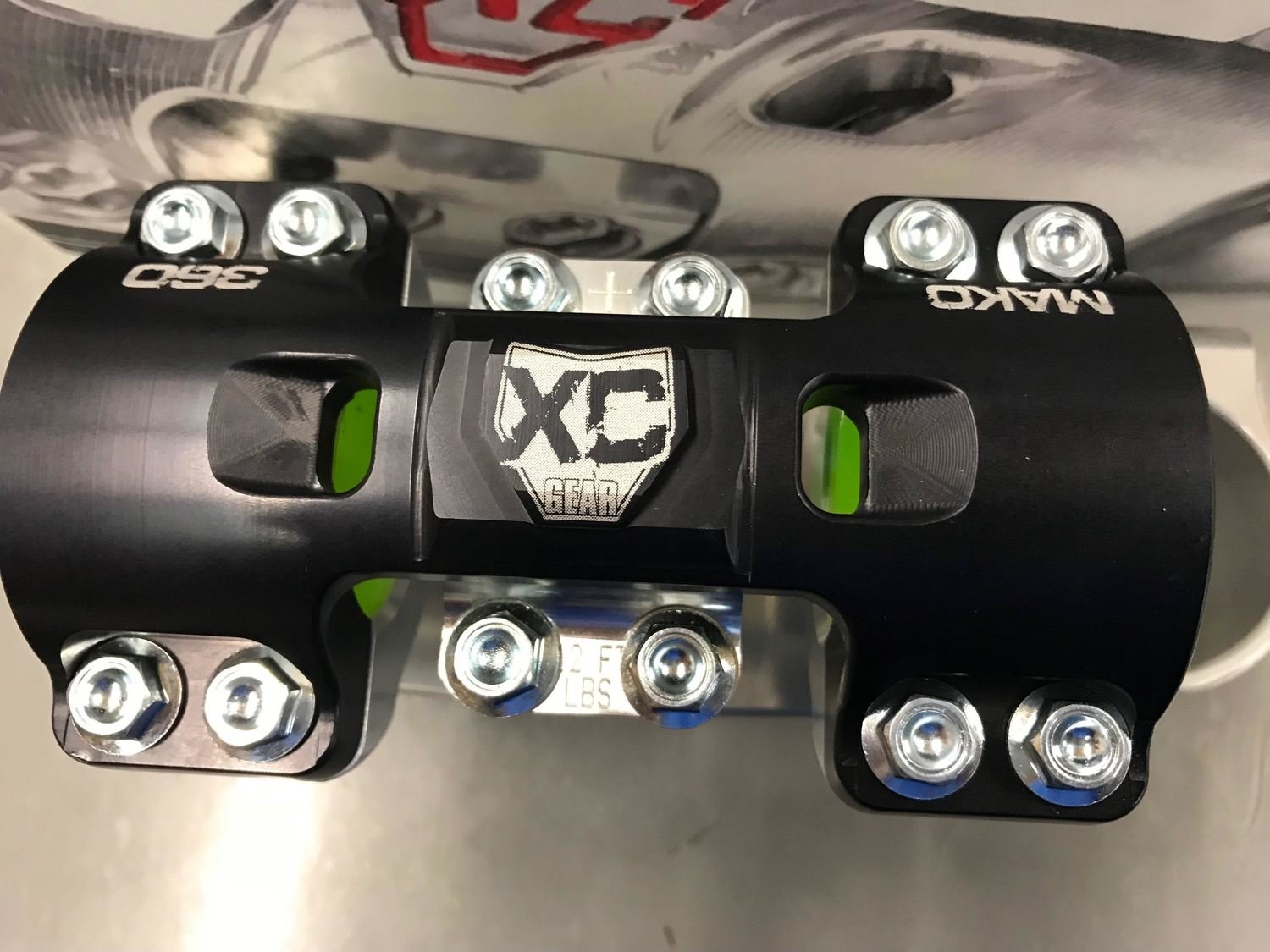 MAKO 360 is a revolutionary, “game-changing” way to mount handlebars on a motorcycle. The MAKO 360 allows cushioned travel in any direction or angle to which force is applied to the handlebars. In other words, it provides significant additional dampening in 360 degrees. The dampening is not mechanically limited to a single plane. It dampens in every direction, which provides a level of comfort like nothing before it.

The MAKO 360 also eliminates any “metal to metal” contact between the handlebars and the rest of the motorcycle producing greatly reduced vibration to the rider’s hands. While all motorcycles vibrate; some vibrate more than others. With the MAKO 360 engineered polymers absorbing the vibration, riders will have substantially less grip issues, arm pump issues and overall fatigue. The result is higher energy levels on all rides, whether they are long or short. The added comfort will allow you to hit obstacles harder and faster, which means you can adjust your suspension more aggressively to get more out of your bike and yourself."

Save this product for later